Focus on others - a story from Standard Chartered Mumbai Marathon 2015 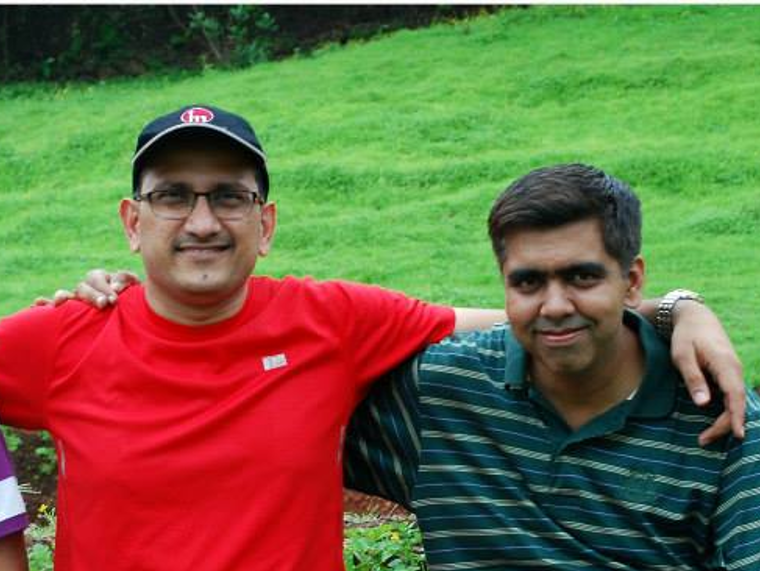 Mujib says:
“I did something different this time at the Standard Chartered Mumbai Marathon. Paced a friend in the race. His earlier best was 2.50 hrs. I got him to complete in 2.29 hrs. It was a lot of pushing and shoving. Collecting water and Enerzal for him. Spotting the Volini spray centres. Egging him on every time he stopped. 5k/10k/15k...every milestone was a timing he had never done before. We listened to music, chatted...anything to get his mind off the pain and cramps he was developing.

The last 1 k I was hoarse screaming. It turned out I was pushing all the runners around us.

Bumped into another friend just 100 m before the finish. She looked very exhausted and about to collapse. Did the best I could to help her cross the finish line.

Felt so happy and elated! At times helping others can be so fulfilling than achieving one's own targets….”

I called Mujib when I read his post asking his consent to share this more widely. I was curious why he chose to pace this particular friend.

Having finished the last half marathon at 2:04 hours Mujib had no particular objective for this one. 1 km into the run he met his old college friend, who was participating after a 2 year gap because of health issues. He said to Mujib that his dream was to improve his personal best of 2:50 hrs and complete SCMM2015 in less than 2:30 hrs. Mujib found a purpose for his own run in inspiring & pacing his friend.

I was very inspired to hear Mujib’s story. I believed that there may be a story behind Atul’s experience. I had a question, what did he do earlier to get this kind of support. And voila, a friend found Atul’s story and shared it on facebook as well! Here it is:

Atul Sethi says:
“Going after a 2 year break and with a previous best of 2 hrs and 46 minutes, I was unsure of how my body will respond. Also with the previous fortnight being one where the right foot was getting regular cramps and with work keeping me busy the entire month, I knew that it would be a miracle to even cross the finishing line. And a miracle it did happen to be (not one but many). From managing to catch a train in the nick of time to bumping in to my running mate from the past in the local train, I found that things were working out a certain way.

During the train journey I got a call from my college friend Mujib (who had been my inspiration to participate in the half marathon). He wished me and we decided to catch up post the race as has been the case in the past runs.

As the race began, I found that my right foot started behaving and I could get into a good rhythm. Within the first one kilometre, Mujib slipped in next to me and decided that he will run this race with me.

This was the first time that I was going to run alongside a friend and someone who has significant experience of these races. And what a race it turned out to be. The body swung in to action. Mujib provided all the right tips at the right times and we had crossed 10 kms in 1 hour and 5 minutes. From setting targets for every 5 kms to adapting our plans to the emerging conditions to responding to all the supportive crowds and co runners who were a part of the experience, we had crossed 20 kms in 2 hours and 22 mins.

It was in the last one km that Mujib got all his experience to work and helped me sustain the required pace to cross the finish line before the 2 hours and 30 min mark. The moment and the ensuing emotions will forever be a part of my life and will stand as a testimony to how anything can be achieved if we are willing to give life our best shot.

My mind also raced back to my first half marathon where I had set a target of completing the race in 3 hours. During that race I was close to crossing the finishing line within 3 hours. However 300 metres before the finish line was this young lad who had completely stalled. He could see the finish line but could not take a step further.

As I crossed him, I realised that he needed help. So I retraced my steps and told him that the only way I will cross the finish line is with him. We waited for close to a minute and I then told him to put his arm across my shoulder and at least start walking. He did so and inch by inch, step by step we moved towards the finish line and crossed it.

And while I missed the 3 hour mark by a minute, I had the satisfaction of a race well run where I could help someone else reach his goal. And this marathon saw me getting so much help in achieving what was an important milestone for me…”

Mujib shares that the SCMM 2015 has been most memorable and joyful rather than the last 10 marathons where he consistently improved his personal best timing. He has now decided to run the Delhi marathon to improve his personal best and the Mumbai marathon to pace others and have them achieve their dream finish timing.

This is a live example of Priceless Contribution. May this story inspire you to contribute to others’ success and may lots of people rejoice in your success
Posted by Rohan Singal at 18:52 No comments:

Hi,
With the beginning of a brand new year, here is a suggestion:


A very simple idea to implement this new year. Start with an empty jar. Throughout the year write good things that happened to you on little pieces of paper. Involve all in your family in doing this. You can even do it daily.


Whatever you focus on multiplies. So focus on good things will multiply them. This will help kids to practice looking at brighter side of life.


When you are low, just looking at the jar may spring back life in you as it will remind you of blessings in your life!!


Here are some photographs:


1.     Our Happiness jar – size suitable for Mumbai homes :) , sits on our dining table!! Inspired by kindspring 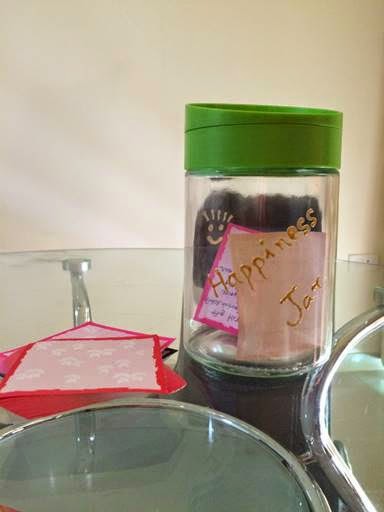 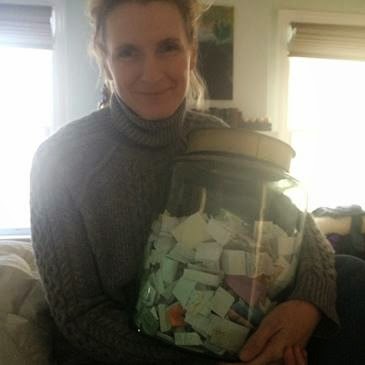 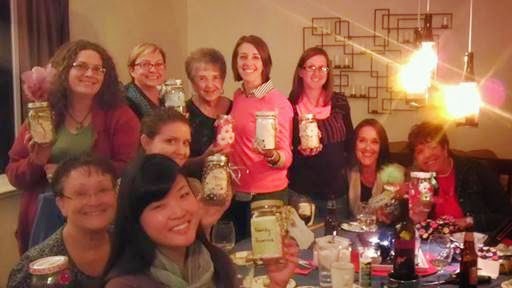 
With lots of smiles,


Rohan
Posted by Rohan Singal at 14:52 No comments: