Few years back, I co-founded a corporate training firm, Rejoiss to help leaders transform their attitude and create winning teams. After interacting with thousands of leaders and managers in our workshops, I am now writing a book called Hi Conflict, Bye Conflict. 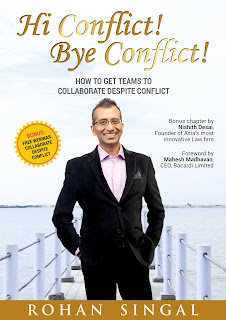 The objective of the book to help leaders empower their teams to collaborate despite conflicts free themselves to focus on bigger goals. We have developed a step by step method of doing so using with Empathy, Authenticity & Respect (E.A.R.). This framework has helped a lot of our clients convert conflict into collaboration successfully.

Apart from my own insights, I am also interviewing other people who have successfully led teams. The idea is to bring their unique perspectives to the readers on handling unresolved conflicts to build self-managing collaborative teams. One of my first interviews was with Rajiv Sabharwal, Managing Director & CEO of Tata Capital Limited.

Rajiv has over 30 years of experience in the banking and financial services industry. He was a Partner in True North Managers LLP, which was mainly involved in building and managing businesses with a primary focus in the financial service sector. He has served as an Executive Director on the Board of ICICI Bank where he was responsible for several businesses including retail banking, business banking, rural banking, financial inclusion business and digital banking technology. Rajiv also had successful stints with Sequoia Capital, Godrej Group, SRF Finance, GE Capital and Times Bank.

While the book will have a relevant excerpt of the interview, I found the entire interview very insightful. It was interesting to note that he kept on acknowledging his bosses for the accomplishments, for guidance and for listening. 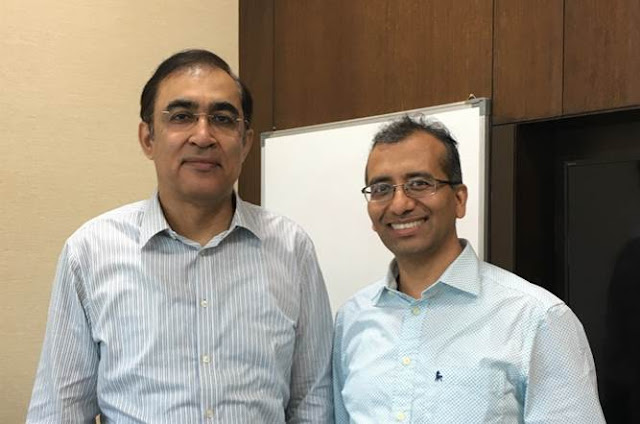 I am sharing the interview excerpts here:

Rohan: What is your first proud moment as a Leader?

Rajiv: I have many proud moments to reflect upon. My career started with consumer durables industry and some of my initial wins of that period stand out. The task of neutralizing the effect of single distributor holding sway in multiple markets and securing company’s long-term interests was a sweet victory.  Receiving a call to join the board of ICICI was another proud moment.

Rohan: Any mistakes you made along the path of being a great team leader?

Rajiv: Mistakes are part-n-parcel of every leader’s life. Mistakes mean you are taking decisions. My first mistakes and lessons learnt were also in consumer durables industry. Once, I was to gather evidence of a dealer’s unfair practice of dumping goods in another territory. A courtesy cup of coffee with the dealer allowed just enough leeway for him to wipe off the evidence.

A leader should have confidence in one’s own position and not give in to temptation to making decisions just to prove a point.  If you make a mistake and you get more information, admit it, correct it and change your decision and move on.

Rohan: What was the key factor that made an exponential shift in your leadership?

Rajiv: It would be my ability of working excellently with my peers. India growth story over past decade had helped too. Most people would work well with their teams, although not all. I was fortunate to have superiors with whom I could express myself fully.

Rohan: What is one X factor that made you work well with your peers, team & superiors?

Rajiv: It is my fundamental belief that everyone has best interests of the organization at heart. No one is bad at heart or has bad intentions. Everyone wants to do well and grow.

I recall one of my bosses telling me that “you will grow when we believe that there is somebody ready to replace you.” Therefore, one should actively grow people around oneself. That makes you ready to take up something bigger and more challenging. I always felt confident about my position. I took concrete actions supporting others’ growth. Fortunately, I also had bosses who responded well by finding me bigger and better opportunities.

I also make it a point to express and upfront communicate with people if there is something that is not right in my view. That allows me to start the next interaction with a clean slate.

Rohan: What pitfalls a leader should avoid, while managing teams?

Rajiv: Criticizing in public, although it is easier said than done. Doing quick remedial actions in private, in case of slip up is what I find to be practical.

Rohan: Now we are moving into topic of Conflicts in Teams. How do you spot unresolved conflicts in teams?

Rajiv:  My approachability certainly helps. Also, my focus towards attending skip level meetings. It is very difficult to meet people one on one as one grows higher. Hiring right people should be the focus for a leader over anything else. The right team in place is 90% of battle won.

Rohan: How do you empower the team to solve conflict by themselves?

Rajiv: In my view, the leader should avoid the pressure of having to be the person who resolves the conflict due to the kind of precedent it can set. I let them know that I know it is going on. People are smart. They know that self-resolving will save embarrassment. Settled in private with the party directly is much better than settling in public.

I let people go with what they think best and learn along the way. The exception to this is if the matter is within the top 2 decisions and critical success factors where I certainly step in. In situations where you are expert in seeing scenarios very fast compared to others, it is very difficult to not step in, there also it is worth pausing and letting it be for some time.

Rohan: How did you learn to handle conflicts?

Rajiv: By nature, I am not a kind of person who gets into conflicts. I never get flustered or lose my cool. Even if someone upsets me, I prefer to sleep over it and attend to it next day. I don’t react in the heat of the moment. Avoiding acting out of impulse during my upsets have served me well, it is also due to my core belief that no one fundamentally is a bad person.

Rohan: How do you enable your direct reports to give you critical or negative feedback?

Rajiv: I believe that a group in inherently more intelligent than an individual. Whenever I am unsure of something, I actively solicit others’ views. My approachability is communicated loud and clear by that behavior alone. It encourages people to be honest and forthright with me and which I reciprocate fully. However, getting people to trust my way of doing things and being comfortable does take its own time.

Rohan: How do you decide which leader is leading better?

Rajiv: Imagine two teams with leaders A & B; if A is hitting 120% target and B is at 90% of the target. And more people want to work with B, I will prefer B. Attrition in B’s team will be lower, B will be able to attract more talent from the market, and more leaders will get produced in B’s team.

Rohan: Your message for first-time leaders?

Rajiv: Be a good listener. Actively seek out alternative points of view, but then ultimately take your own decision and stand by it.

As long as you believe the decision is right continue with it, but as soon as you realize you made a wrong decision you need to take people into confidence and start on corrective measures.

Everyone is allowed to make mistakes. Continuing on a course despite knowing that decision made is wrong is very hurtful to the team as well as organization. The damage is very high when leader is unwilling to admit the mistake made.

Look out for more such excerpts in future. Each leader I am interviewing seems to be a goldmine full of practical wisdom!!

Rohan
Posted by Rohan Singal at 15:35 No comments: